Well we’re safely back home now, and I’ll write one final wrap-up post soon, but this post is about Prague, the final city on our European adventure.

After EuropaPark we took a night train to Prague, arriving at the very civilized time of 10:30am. Our hostel was right at the end of the famous Charles Bridge, in the heart of the tourist area. I say hostel, in fact our room here is more like a flat, with our own small kitchen, bathroom, and little sofa area. The location is popular with street buskers, which has been great for hearing little jazz quartets, violinists, and classical guitar, although on our final morning one resident had had enough and pointed his hi-fi speakers out the window to play ACDC for about an hour.

Unlike many cities in Western Europe, Prague escaped WWII more or less unscathed, so lots of old buildings remain standing. We did a walking tour of the old town and covered all the major sights, including the elaborate and weird astronomical clock. 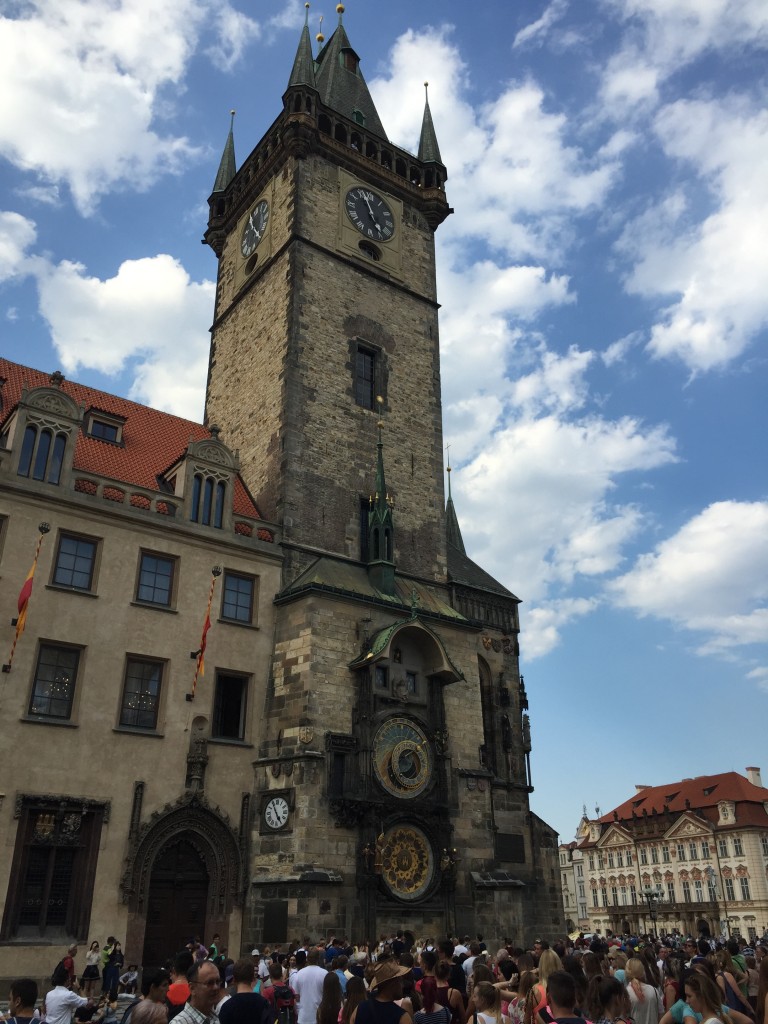 The old town square, with the wonderful and strangely complicated astronomical clock 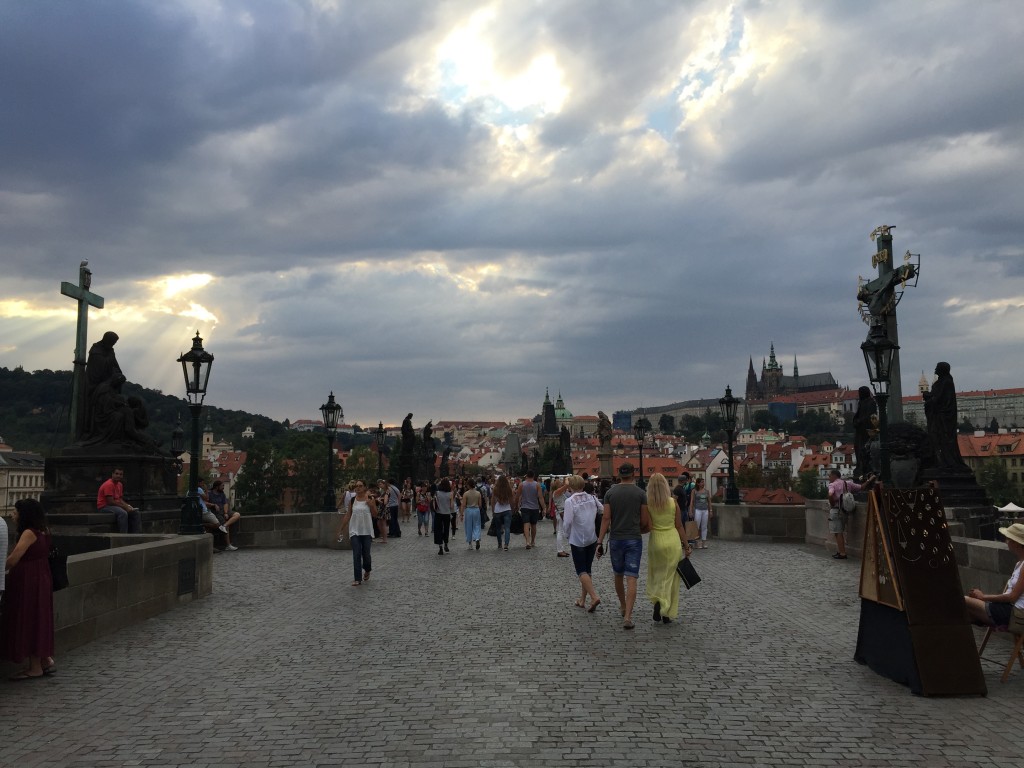 Charles Bridge, with many statues and many tourists 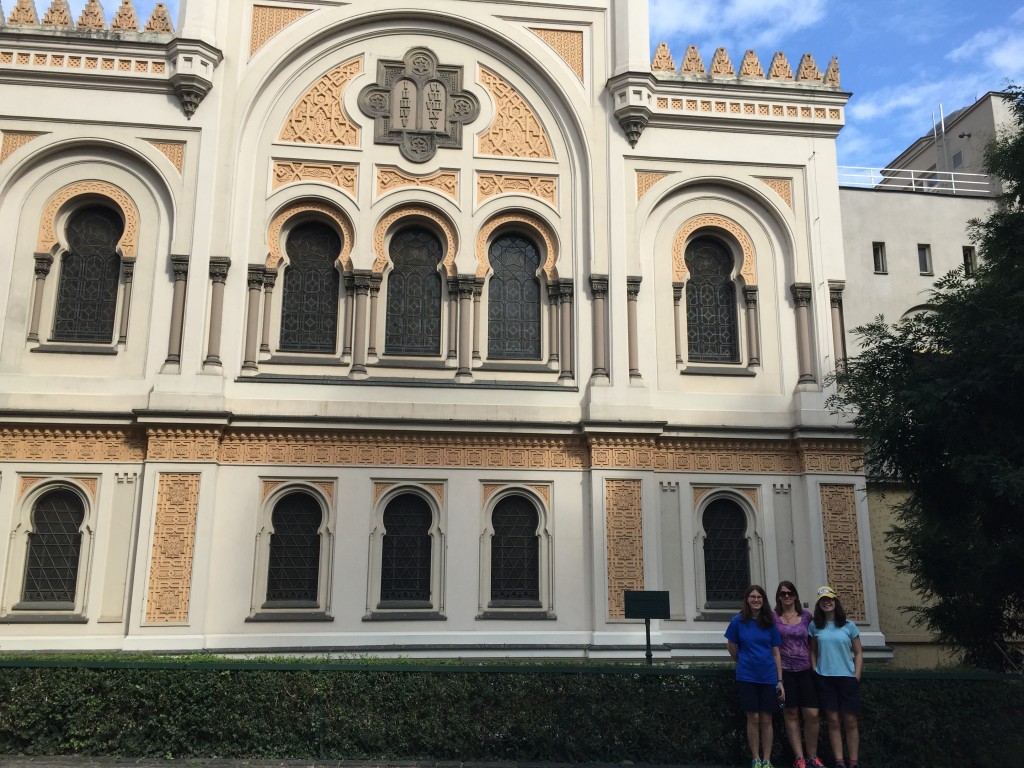 Touring around Josefov, the Jewish quarter in Prague 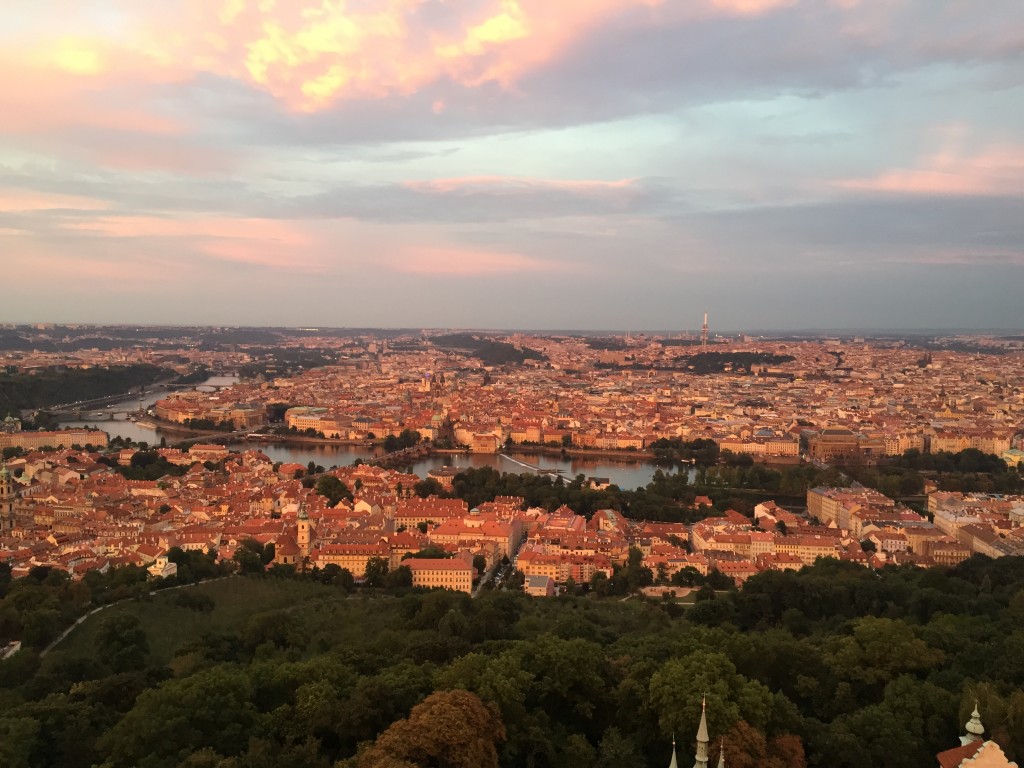 Prague at sunset, from Petřín hill

On our final day we toured the enormous castle (evidently the largest ancient castle in the world!) including St. Vitus cathedral which, while founded in 1344, was only completed in the 1920’s. 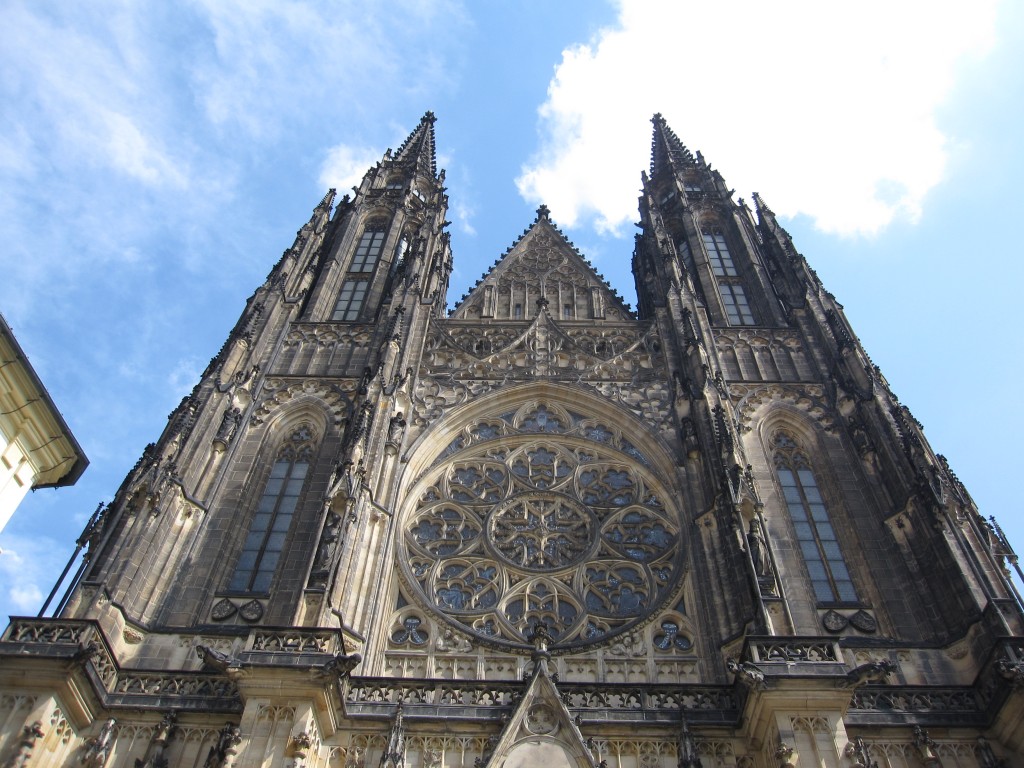 The front façade of the grand St. Vitus Cathedral 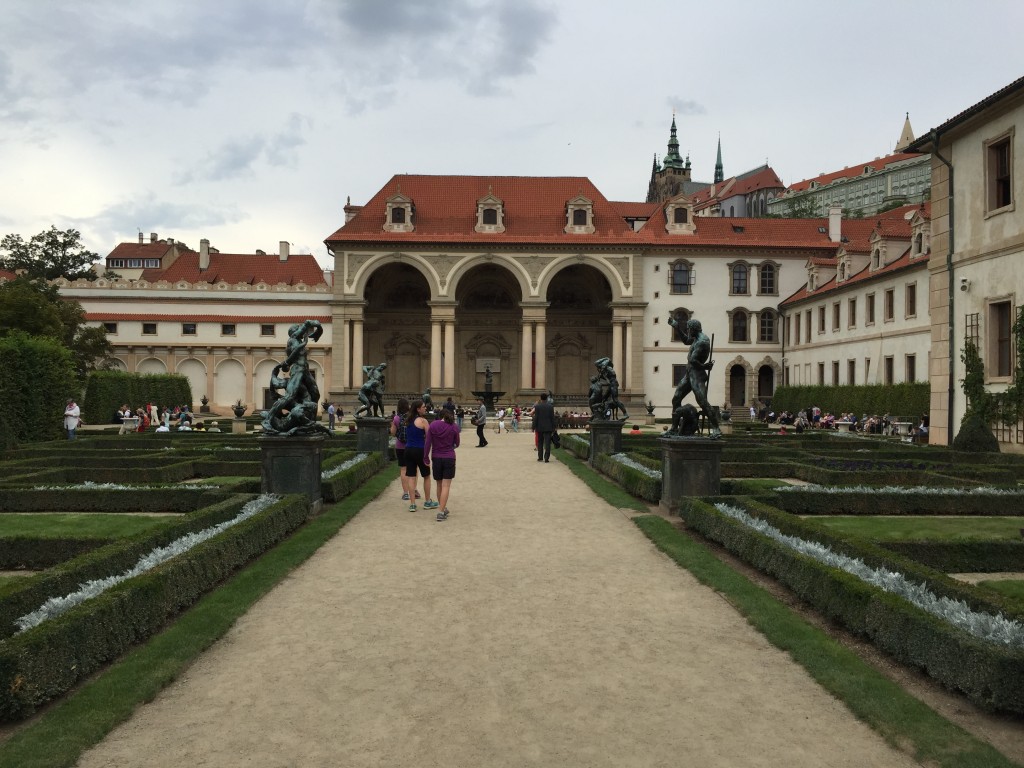 Walking through the Prague senate and senate gardens

At the end of the day we made our way to Prague airport to catch an evening flight back to London, and we flew to Vancouver the following morning.