On the Blog Again

Wow. Well it has been some time since I last submitted an entry. I could cite all the usual reasons why I have delinquent, but in truth I have been watching a substantial amount of television. Oh yeah, and that Christmas thing really does put a crimp in one’s normal schedule. Either way, here we are once again.

Before Christmas I got about halfway through writing our (quasi-) annual Christmas message, and then life started to happen. So I’m going to post this entry first, and then I’ll finish our the review of 2010 and post it in the next couple of days. I was also delaying a bit because I needed to organize our 300+ pictures that had been sitting in our camera for the last few months. These are now up on our Picasa photo album. 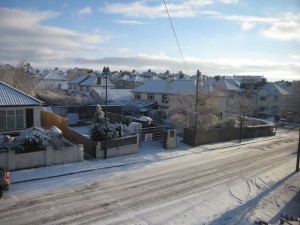 Snow! Looking East down our street

One of the things we were excited about with moving here for the year is to be able to be in England for Christmas again. It’s the first time since 2002 that we’ve celebrated Christmas with Rachel’s side of the family.

And so, on Christmas Eve we drove down to Devon, amidst the snow and -5C temperatures. Christmas Eve was really nice – just our family and Rachel’s Mum & Dad. We opened our presents for each other, as is the German tradition. 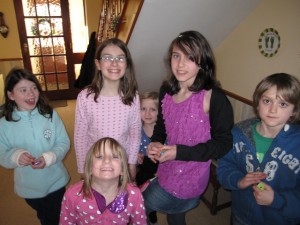 All the cousins at Christmas

Christmas Day. If Christmas Eve was calm, sedate, and slow-paced, Christmas Day was pretty much the opposite; in a good way, of course. I realized (as if I shouldn’t have figured it out already) that Christmas gift-giving is an equation of exponential growth. Each person you add to the group means that everyone else brings one more gift. And so we had our own family of four, Rachel’s sister’s family of six, Rachel’s brother’s family of four, as well as Mum, Dad, In-Laws, Gran, and Auntie. 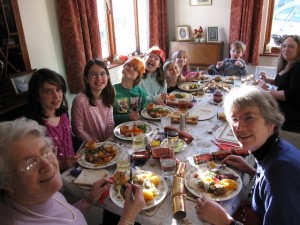 Our plan was to drive back that evening, to be back in Bristol for Boxing Day. It was a very cold night; -12C at times, and not two minutes into our journey the engine light came on and the engine temperature guage was right at the top. To condense the story, we turned around and went back to Mum & Dad’s, eventually determining that there was a problem with the engine coolant system. So we were able to borrow Rachel’s Mum’s car and our car was towed & repaired a few days later. 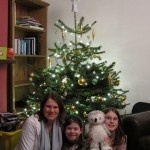 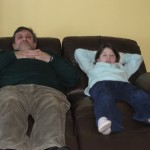 Relaxing on the recliners 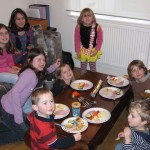 Family Christmas at our house 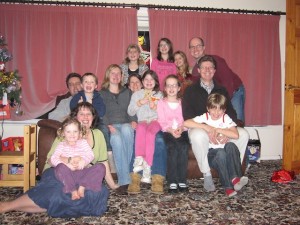 New Years with the Snells and Pointers

After Christmas we had a relatively quiet week. We did have all of Rachel’s Mum’s side of the family over on the 29th of December; it was nice to be able to host this family gathering and it all went very well.

Then for New Years we planned to drive up to Norwich to visit some of our old friends from when we used to live there, 11 years ago. We hadn’t seem some of these people since 2004, and it was really nice to reconnect. I personally only spent 2 1/2 years in Norwich, but it was a special time with some excellent relationships – the kind of friends who you share a closeness with even if you don’t see each other very often anymore.

It was a bit of a whirlwind tour though, seeing eight families in four days. By the time we were doing the four-hour drive back to Bristol, I was developing the inevitable post-Christmas cold. Rachel caught it too, so for the first week of January we were just in survival mode. 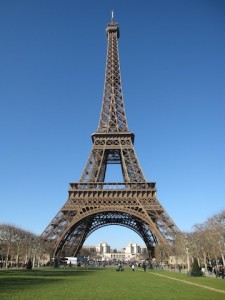 We planned a long-weekend excursion to Paris for January 15-18. This is the kind of cool thing you can do when you live in Europe – one hour on the plane and you’re in a completely different culture. One hour from Vancouver and you’re in Calgary (with all due respect, of course).

We spent two days in Paris visiting all of the popular sights. More pictures are in our photo album if you’re interested. Then we tacked on a couple of extra days and went to Disneyland Paris, where we were able to get a really cheap deal after collecting some newspaper tokens. Where the weather in Paris was sunny and nice if a bit cool, the weather on our days at Disneyland was foggy, damp, and very cold. Quite unusual when our Disney experiences in times past are connected with warm weather. Of course it didn’t dampen the spirits of our girls. 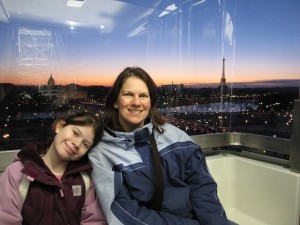 On the ferris wheel at Place de la Concorde

There were lots of highlights, but I think the best part was ice skating on the Eiffel Tower, for free no less. They had a small (real) ice rink set up and it was a surreal experience skating on the platform the equivalent height of a 20-storey building.

Also, visiting France proved something I really already knew: my French is truly horrible. I’m sure that I have to shoulder some of that blame, but I can’t help but feel the BC education system should at least be partly responsible. 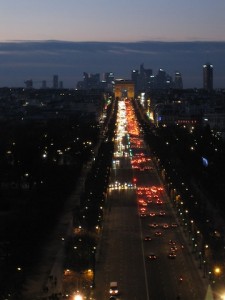 Ok that’s good enough for now. Once again I praise you for managing to read this far. These days Rachel and I are spending a fair bit of time talking about what our future plans are going to be – we’d like to come to a decision in the next month, because frankly it’s difficult to make any kind of plans when you’re not sure where you’re going to be in six months time. So we’ll keep you posted as we work through the decision process. 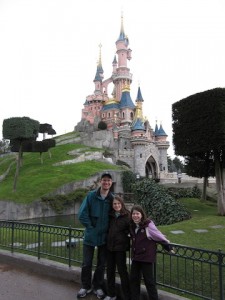 This entry was posted in Update and tagged christmas, holiday, norwich, paris. Bookmark the permalink.

1 Response to On the Blog Again